NATURE IN THE GREEN ISLANDS OF THE ATLANTIC

Experience the diversity of the Azores archipelago. Explore the islands of São Miguel, Pico and Faial on your journey of discovery. Each island is different and has its own charm and quirks. Intact nature, lush vegetation, volcanoes, as well as craters and crater lakes can be found in the Azores archipelago. Idyllic places, UNESCO World Heritage sites, informative museums, beautiful hiking trails, cave visits and whale watching; There is an immense diversity waiting to be discovered by you, whatever your mood. Take a look at the blue and green twin volcanic lakes of Sete Cidades in São Miguel, stroll through the famous port of Horta en Faial, take a whale-watching tour and encounter a variety of marine wildlife such as our resident sperm whales, dolphins commons and bottlenose and a close look at the incredible volcanic formations in Pico, including the climb to the top, the highest peak in Portugal. All the while, you will enjoy town after town of local cheeses, wines and seafood in the salty and historic atmosphere of the Azores.

DAY 1. FLIGHT AND ARRIVAL IN PONTA DELGADA
Flight to the largest island in the Azores archipelago. A stopover in Lisbon. Transfer to the hotel. Depending on the arrival time, the rest of the afternoon is free in Ponta Delgada.

Called the Green Island, in São Miguel are the great lagoons of the Azores, located at the bottom of volcanic calderas of kilometer-long dimensions. The most emblematic one is in Sete Cidades, a place of legends and myths, located to the west of the island, its volcanic caldera has a diameter of 5 kilometers, and its interior is made up of 5 craters and three lagoons. After leaving the vehicle in the Lagoa do Canário car park, we will take a short walk that will take us up the mountain to the edge of the caldera and the Mirador da Boca do Inferno, surely the best viewpoint in Seven Cities and one of the most spectacular of all. the Azores. Return to the Lagoa do Canario where we will take the path that heads into the mountains of the Serra Devassa. Our walking tour, about 5 km long, will take us to discover the area with the highest concentration of lagoons on the entire island. To the step we will go past the Lagoons of Éugas, Rasa, Carvao and Empanadas, between thickets and low forest. Return on a circular route to the Lagoa do Canário car park. Then we will make a stop at the Mirador Vista do Rei before going down to the bottom of the crater and visiting the town of Sete Cidades. We will finish the day on the west coast, where we can discover the beautiful cliffs and islets of Mosteiros and bathe in the thermal pools of Ferraria.

In the morning we will move to Ribeira Grande, where our panoramic tour of the north coast of the Island begins. The first stop will be at the Gorreana tea plantations, the largest on the island. We will take a short walk between the terraced terraces to see the tea crops and we will also be able to taste one of the varieties of tea grown on the island. Then we will continue along the Achada coast to the town of Nordeste. Panorama of the cliffs and the lighthouse do Arnel. Then we will fully follow the coastline, stopping at the viewpoints of Ponta do Sossego and Ponta da Madrugada. Arrival in the early afternoon at Faial da Terra. Here we will make the beautiful circular walk recording the course of the Faial da Terra valley to the Cascade do Prego and returning to the restored town of Sanguinho. Distance: 6 km, Time: 2h30.

Travel to the south coast of the island. Near Vilafranca do Campo we will take a small road that will leave us at the place known as Praia. From this point we will start a journey that will take us to the shores of the Lagoa do Fogo caldera. The march constitutes a varied combination of trails crossing prairies, forests, levadas and moors. Along the way we will be able to see numerous specimens of endemic plants such as the sierra grape, the heather, the durillo or the tamujo. During the climb there are various places where you can enjoy wonderful views of the southern coast of San Miguel, with Vila Franca do Campo, its Islet and the Ribeira da Praia looming. I return by the same road. Total distance: 11 km, Time: 4 hours.

In the afternoon we will take the road that from Lagoa goes up to the Caldera do Fogo (viewpoints on the road) to go down the north slope to the Caldeira Velha Canyon. Rest of the afternoon to enjoy the different natural pools in a spectacular natural environment.

The first part of the day will be dedicated to a pleasant walk, called in the area as the “Water Route”, about 8 km away. We will start from the village of Remédios, in the municipality of Lagoa. The first part of the march goes through agricultural fields and farms until reaching an old 50m tunnel and a series of aqueducts that formerly supplied the Lagoa alcohol factory. In this way and after continuing through a dense forest we will arrive at the rocky amphitheater where we will observe the Janela do Inferno (Hell’s Window), a natural hole from where a beautiful waterfall falls. We will return by the opposite bank to the ravine, crossing a couple of tunnels, then along the slopes of the Pico da Cova (449 m) and through agricultural fields again to Remédios. In the afternoon we will go to Furnas. The Furnas volcano and its lagoon occupies a privileged position within the island and stands out for its extension, surrounded by lush vegetation, which is called Vale Formoso (beautiful valley). Visit the Furnas geothermal field, with its fumaroles and boiling mud pits. Rest of the afternoon to enjoy the surroundings or make the optional visit to the Terra Nostra Park (possibility of bathing in the large swimming pool and visiting the Botanical Garden inside there).

Transfer to the Ponta Delgada airport. At 9 in the morning departure of the flight to Pico Island (1 hour flight). On this day we are going to explore the volcanic plateau on which different small volcanic cones and lagoons emerge. We will follow the path that goes from Lagoa do Capitao to Mirador Cabeço do Piquinho (6.4km – 2h). If you are lucky and the weather allows it, during the whole march we will have a wonderful view over the omnipresent Pico volcano.

After breakfast, transfer to the town of Lajes do Pico, where we will embark on an unforgettable adventure. Pico Island is one of the best places in the world for whale watching. Cetaceans are attracted to currents that furrow around the island, mainly due to the outcrop of food along the limit of the continental shelf. In recent years, 25 species have been identified in the Azores or almost 25% of the known species worldwide. Species such as the blue whale, the fin whale, the northern whale or Yubarta, the pilot whale and the sperm whale, visit the island frequently. Also some species of dolphins and killer whales. The duration of the navigation is approximately 3 hours. At noon time to eat and take a walk through Lajes do Pico. In the afternoon we will visit the south coast, where we highlight the Mistérios, fields of black lava formed in the last eruptions of the volcano. We will make a short walk through the surroundings before moving east to visit the vineyard fields of Areira Larga and Criaçao Velha, declared a World Heritage Site by UNESCO. The cultivation of these lands date from the first settlers of the island, during the XV century.

We are facing one of the most exciting days of the trip, the ascent to the summit of Pico, the highest mountain in the Azores and the roof of Portugal. Very soon, before sunrise we will leave towards the Casa de la Montanha access control (1,200 meters). The ascent and descent takes around 7-8 h, through steep terrain and constant ascent until reaching the somital crater. Here we will find the final climb of 70 m to Piquinho, a small volcanic cone that leads to the highest point. 360º breathtaking panoramic view. If the day is clear we will see clearly the neighboring islands of Faial and São Jorge, and also the island of Terceira in the distance. Descent along the same itinerary. Rest of the afternoon free.

Very early in the morning, transfer to the Port of Madalena, on the west coast of the Island. Boarding at 8:15 on the ferry that will take us to the neighboring island of Faial (45 min). Then we will take the vehicle that will take us to the edge of Caldeira de Faial, a 2 km diameter crater that formed around 400,000 years ago. Tour around the crater. In the afternoon we will move to the interesting geological area of ​​Capelinhos and we will finish the day walking through Horta, one of the cities with the most history and charm in the Azores.

At the agreed time transfer to Faial airport to take the flight back to Lisbon and connection with the flight to our city of origin.

LOOKING FOR A FLIGHT?

CALL US NOW FOR THE BEST DEALS AVAILABLE!

SEND US A MAIL TO:

KEEP UP TO DATE WITH X-PLORE TRAVEL & EXPEDITIONS

Can we provide you with more information?
CONTACT US BELOW FOR THE DETAILED PROGRAM ITINERARY OR TO SUBMIT YOUR QUERY

MORE PICTURES OF THE TRIP 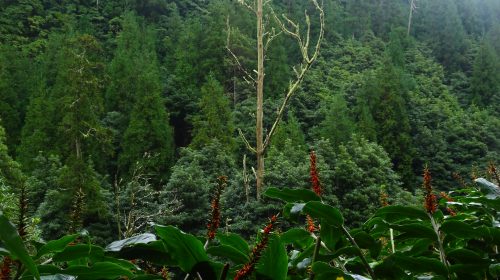 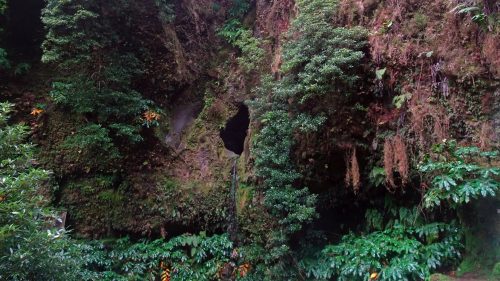 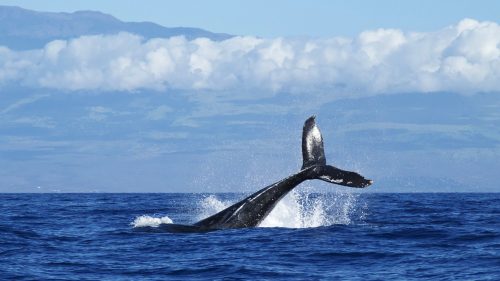