SLOVENIA AT YOUR OWN PACE

Slovenia is a natural paradise, in the heart of Europe. Despite being a small country, Slovenia is remarkably diverse, due to the presence of four European topographic elements which converge wthin its territory: the Alps, the Karst, the Panonic Plain and the Adriatic Sea that is part of the Mediterranean region. Our little gem is located in south of Austria, east of Italy, north of Croatia and south of Hungary. It is one of the greenest countries in Europe, with more than 50% of the country being covered by forest and it is perfect for an unforgettable vacation which is immersed in nature.

Departure by flight to Venice. Upon arrival at the airport, we will carry out the procedures to collect the rental car and we will leave on the highway heading east towards the border with Slovenia, near Trieste (2 h from Venice). After crossing the border, you reach the city of Koper, the most important city on the coast. You can stroll through the streets of the city seeing the Romanesque, Gothic, Renaissance and Baroque buildings. Most of Koper’s most interesting tourist spots are concentrated around the City Tower, which is 36 m high and visible in the distance. Among the most interesting points you will see the cathedral, the lodge and the Praetor Palace. In the early afternoon, travel to Piran (located 18 km from Koper). Its wall stands out, the best preserved urban cultural monument in Slovenian Istria and the closest popular city in the area. The church bell tower reminds us of the great Venetian influence on Piran architecture. Time to swim in the Adriatic so we recommend bringing a beach towel and a swimsuit. Night in hotel in Piran.

After breakfast departure to the north. Before visiting Postojna or Predjama we recommend spending a couple of hours in the beautiful karstic valley of Rakov Skocjan. Here, among a lush forest, we will find trails that will take us to discover geological curiosities such as caves, rock arches, gorges and a beautiful river with crystal clear waters. At noon transfer to one of the country’s natural wonders, the Postojna cave. With more than 21 km of passageway explored, it is one of the largest cave systems in the eastern Alps. Despite the fact that the cave was already known by the people who lived in the surrounding areas, and by other visitors who left their stamp with signatures as early as the 13th century, the first distinguished visitor to set foot in the cave was the archduke of Austria Ferdinand I in 1819. A period of tourist opening began with his visit, which continues its profitable path 200 years later. The cave tour is divided into two parts. The first journey of about 4 km we will do with a train that will take us to the deepest known part of the cave, then, in the second section, we will walk through about 2 km of passageway and rooms full of stalactites, stalagmites and other cave formations (speliothems). A curiosity to highlight is that in a corner of the cave the “graffiti” and inscriptions left by the first visitors back in the mid-nineteenth century, are still preserved. After the cave, we will travel about 10 km to the town of Predjama to visit the castle. Built inside a shelter on the rocky cliff, Predjama Castle was built in the 12th century. But it was not until the middle of the 13th century when it was mentioned in testimonies under the name of Luegg, described as property of the nobles of the Patriarchate of Aquileia. In the fourteenth century the Austrian dukes took possession of it and in 1398 a siege culminated in a fire that destroyed it. The arrival of the Lienz Knights in Tyrol brought the castle back to life. The current appearance of the castle is from 1570, the work of a reconstruction by the Baron de von Cobenzl (after the cession of the Archduke of Austria), which expanded its original size, and maintained this Central European Gothic style until today. After the second world war the castle was confiscated by the Yugoslav authorities and nationalized. The visit will begin with the rooms, and then tour the chapel, the old dungeon or the stables that were part of the original cave. On the walls of the halls there are historical oil paintings and an image of the Pietà from the year 1420. The entire structure of the castle is built on 6 levels or floors. One of the most curious parts is to walk the corridor that leads to the passgeway of a natural cave, from where we will also have a beautiful view. In the afternoon, after the visits, we will drive about 50 minutes to the capital, Ljubljana. Night in hotel.

In the morning after breakfast full day to visit Ljubljana. Capital of the country with approximately 270,000 inhabitants. It is a city that transmits a lot of tranquility, especially the most central area which is largely pedestrianised around the Old Town and on the banks of the Ljubljanica river. You can start by getting to know the old part first, where the Cathedral of Saint Nicholas, the Franciscan Church of the Annunciation, the Bridge of Dragons, the Bridge of the Shoemakers, the Plaza Preseren and numerous buildings from the Italian Baroque period and architectural samples of the Art nouveau. To then go up to the castle with the funicular and from there enjoy beautiful panoramic views of the city and visit the facilities. In the afternoon you can take a short walk down the paths that go down from the castle to the center. Night in hotel.

In the morning departure to Kamnik and Velika Planina. Velika Planina is one of the favorite places where people from the capital usually spend weekends and enjoy nature. Velika Planina is home to the largest alpine pasture population in Europe. To get there it can be done in two ways. The first taking the cable car that leaves Kopisca, a little higher than Stahovica, and then walk down to Velika Planina. The second is to drive to Podlom and take Highway 924 to the Omovšek Joško Inn, then follow a very good dirt track to a parking lot. From here you walk 1h30 to Velika Planina, passing before by Mala Planina. Both options allow you to stroll through this unique site and appreciate the unique architecture and its rich customs and traditions. The mountainous environment is very beautiful and you will have views of the Grintovec, Brana and Ojstrica peaks, the highest in the Kamnik Alps. In the afternoon, visit the city of Kamnik with its narrow streets and its legendary 11th-12th century castle. At sunset, transfer of 50 km to our hotel in Bled.

In the morning we recommend visiting the Vintgar Gorge, a beautiful gorge located just 4 km from Bled. Stroll along the wooden walkways through almost 2 km of rock walls and a beautiful river full of waterfalls. At noon we return to Bled to visit its castle, nestled on top of a 130 meter high rocky cliff and surrounded by forest. The castle has a feudal origin and has a history of more than 1000 years, as it is quoted in writings dating from the year 1011. Inside you can visit its beautiful towers, the chapel, the houses and the wall, apart from contemplating the beautiful views of the lake from its vantage point. Then we will descend to the shores of the lake to take a walk along its shores, walk up to one of the viewpoints (those of Ojstrica and Mala Osojnica are recommended) or take a boat to the picturesque island that is located in the center of the lake and it has a baroque church. Night in Bled.

Full day to enjoy the mountains of Slovenia without haste. In the morning we will drive 20-30 minutes to one of the most beautiful valleys of the Julian Alps, the Bohinj Valley. The glacial valley is occupied by dense coniferous forests and a beautiful lake where the highest peaks of Triglav are reflected. In Bohinj surroundings we recommend three activities. The first is the walk to the Slap Savica waterfall, which is located in the northwest corner of the lake. You park in Ukanc and walk about half an hour to the waterfall. Another recommended excursion is the Mostnica Gorge, a beautiful path along the river and between the forest, parallel to the course of the river. There you can eat in one of the two mountain shelters that we find on your way. Finally we recommend taking the Vogel cable car that goes up to 1535 meters. From above we will have excellent views of the lake and the Peaks of Triglav. There are numerous trails for walking and hiking. In the afternoon after our activities we will return to Bled.

One of the most beautiful days of our circuit. Today we are going to bypass the western part of the Julian Alps. In the morning we will walk to Kranjska Gora, one of the best known sports centers in Slovenia. Nearby we can visit Lake Zelenci, with its unique upwellings of water. Then we will begin the ascent of the panoramic road towards the Vrsic pass. Along the way, you can visit the Russian chapel – a monument to the Russian soldiers who built this curved road during World War I and died in an avalanche. From the Vrsic pass (1,611 m) you have a spectacular view of the mountains in the area and a little further down we can stop at a viewpoint next to the road with views of Jalovec peak. On the opposite side, down the road towards Trenta and Bovec. On this route we can make observation stops and walks along the Soca river, with its beautiful emerald-colored waters. Arriving in Bovec, if we want more mountain landscapes, we can ascend the mountain road that takes us up to 2,072 meters high, very close to Pico Mangart. From here you get even better panoramic views of this slope of the Julian Alps. Another beautiful hike near Bovec is the one that takes us to the viewpoint of the Boka waterfall, with a double drop of 106 and 33 meters high. Driving to Kobarid, where we will have our accommodation.

Before leaving for Venice, we recommend the walk to the Kozjak waterfall, surely one of the most picturesque in Slovenia, as it is nestled in a beautiful gorge with walls full of moss and plants. To get there you will have to walk about 3.5 km (45 minutes) and you will cross a suspended bridge over the Soca river on the way. Back in Kobarid you can go through the Napoleon Bridge and the tunnels of the World War. This area was part of the Upper Soca Valley of the Isonzo Front. Here men from different nations were fighting, suffering and dying. Several relics have been preserved from this time, such as trenches, fortifications, caves, monuments, military cemeteries, etc. and you can also visit the Museum of the First World War. In the early afternoon transfer back to Venice (160 km – 2 hours). Delivery of the rental car and boarding on the flight back to our city of origin.

LOOKING FOR A FLIGHT?

CALL US NOW FOR THE BEST DEALS AVAILABLE!

SEND US A MAIL TO:

KEEP UP TO DATE WITH X-PLORE TRAVEL & EXPEDITIONS

Can we provide you with more information?
CONTACT US BELOW FOR THE DETAILED PROGRAM ITINERARY OR TO SUBMIT YOUR QUERY

MORE PICTURES OF THE TRIP 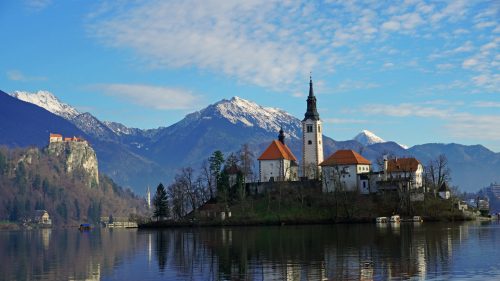 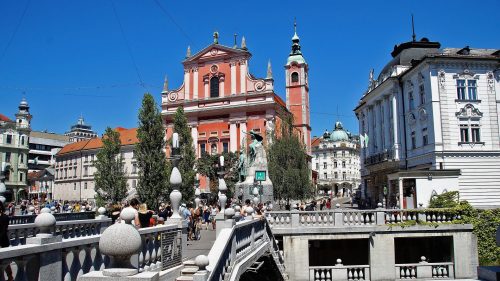 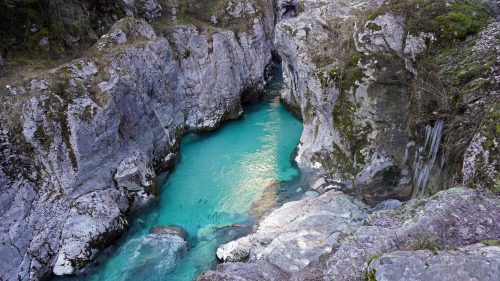